What if the history of skill is really a story about people surviving capitalism? It’s not a new idea for the critical craft community. It often is, however, for my graduate students, people who’ve come to university to learn how to be historians. The path they’ve chosen mostly eschews making as a way of knowing. The result is that, when historians write about skill and its relationship to capital, they invariably conceptualize labor so abstractly as to be barely recognizable by people today who use tools (all of us?). What if we could tell a different story, I ask. What if we looked for inspiration in craft and cognitive science and object theory? What if we could write a history of labor and embodied knowledge that shows how skill itself is a survival strategy, one that we all share because it is literally built into each of our bodies? 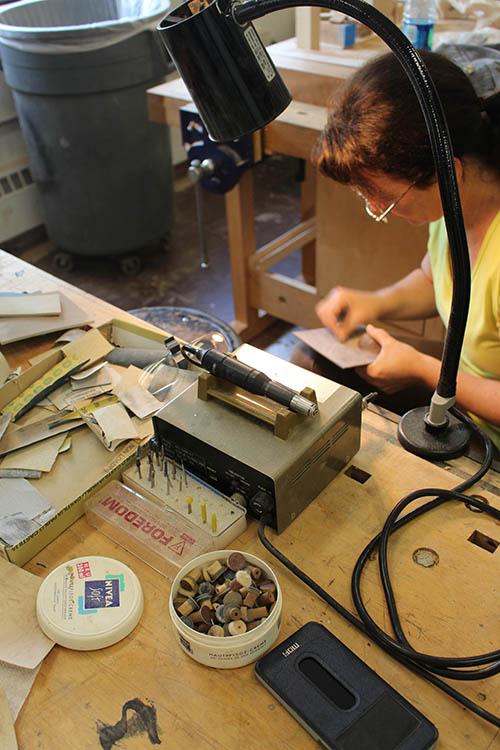 Zina Manesā-Burloiu at work during the 2015 Windgate Fellowship Program at the Center for Art in Wood, Philadelphia, PA. 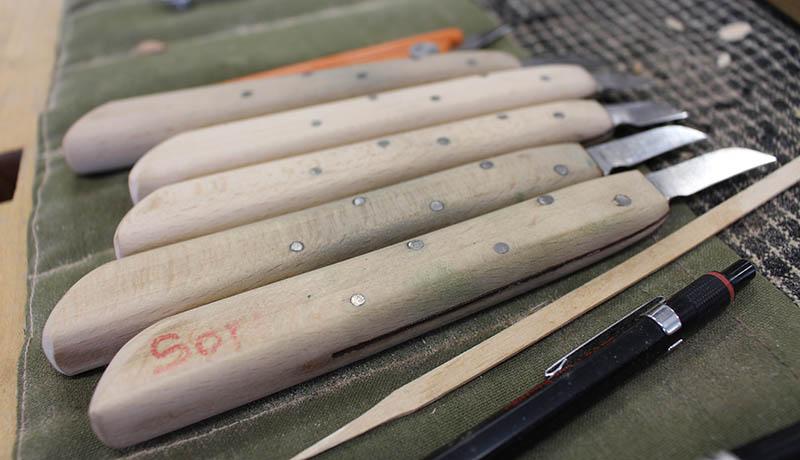 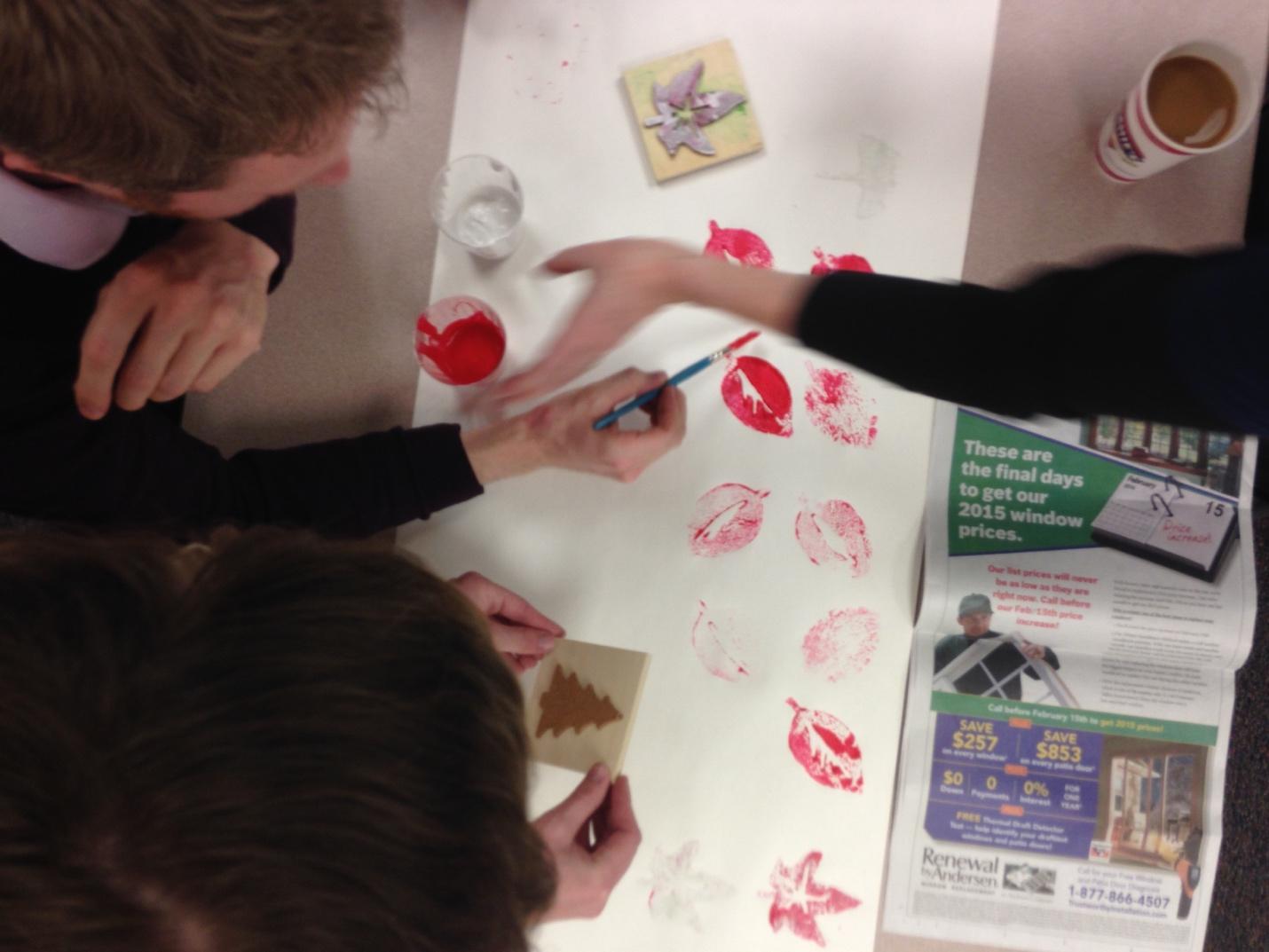 Breaking down the barriers that keep historians from learning with things has been my prevailing pedagogical goal for nearly twenty years. For much of that time, I thought the key was what educational theorists call “experiential learning” after David Kolb and Ron Fry’s pioneering work. My sense was that by putting budding young historians in contact with the stuff of the past—historic landscapes, old buildings, museum collections—and then guiding them in focused reflection, I could inculcate habits of knowing that might ward them away from taking the archive’s authority for granted. This, of course, is what generations of so-called “living historians” and battle reenactors believed too. I felt though that since my practice wasn’t caught up in nostalgia for the past, we could sidestep the ideological baggage that inheres in all attempts to revivify history.

For the most part, it worked. I could discern that my students were in fact learning to see differently, and that they were becoming more apt to look for different kinds of information than what they hoped to discover in the archive. But there too was a problem. I had given these folks the sense that the world around them was itself just another archive, a curated space from within which they could retrieve historical data by mastering the appropriate methods. What we weren’t grappling with was the extent to which power and ideology lurk in all curation, and in all archives. We weren’t thinking enough about how these things and spaces got made, and at whose expense, or how our presence in them changed their meaning. We weren’t thinking about risk or contingency or positionality. We had begun to think about making, but we hadn’t yet learned to think like makers. We hadn’t learned to understand our own bodies as sites of knowing.

This was the problem I had in mind while a 2015 Windgate fellow at the Center for Art in Wood here in Philadelphia. My task that summer was to document the work of several wood artists who travelled from all across the globe to experiment, create, and collaborate with one another. The experience, which I recount here, was deeply impactful. It was the first time, for instance, that I had actively participated in a work bench charrette. I listened intently as the artists asked about one another’s methods, gently nudged one another to explain their choices, and then proposed new ways of doing things. How, I wondered, could I make this model work in my own classroom? 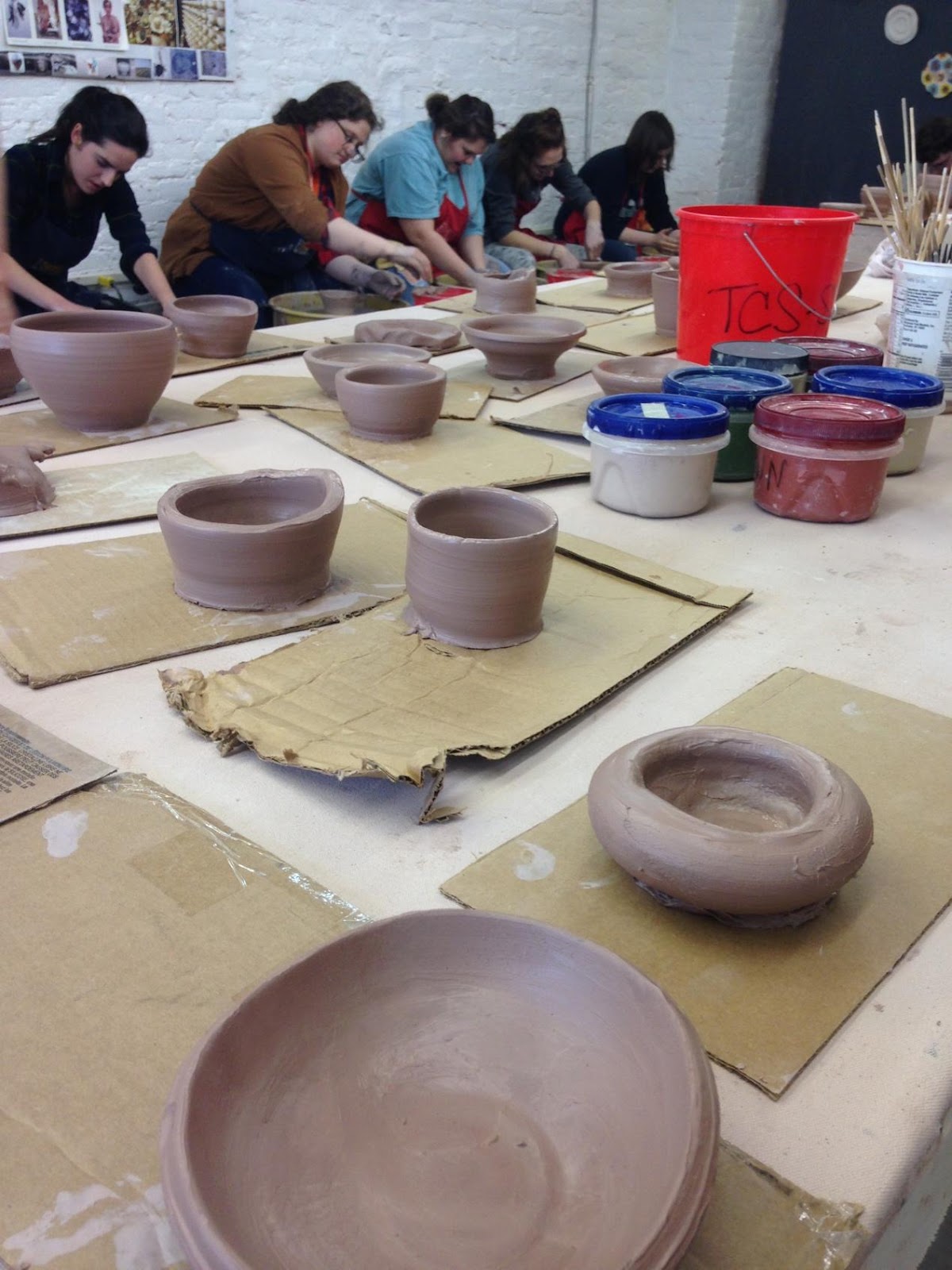 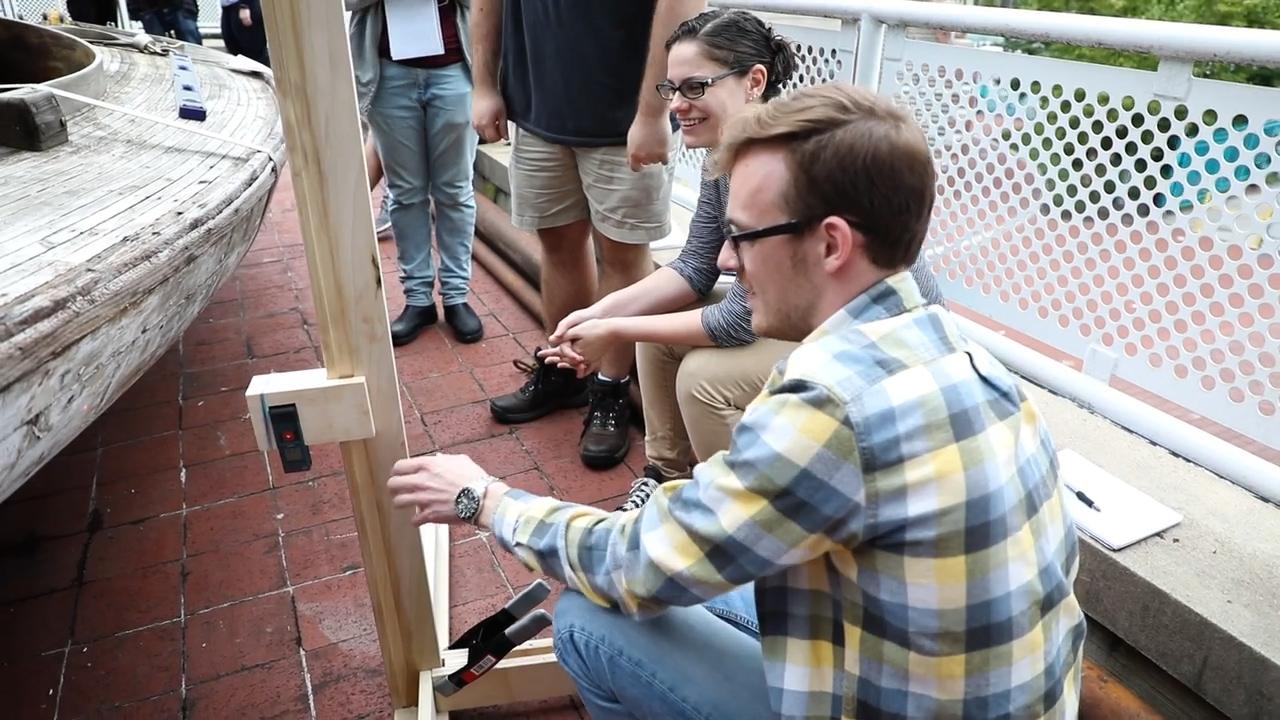 History students use a purpose-made tool in 2017 to take lines from an endangered historic boat at Independence Seaport Museum, Philadelphia, PA. Still photo from “Beyond Repair,” a video production by Temple University.

But what most impressed me was the depth and complexity of their conversations about tools. It was a language of tools that most immediately bound these artists together. Acquiring them, using them, making them. Every day at the studio was a discourse in tools. Tools figured so prominently, in fact, that I began to understand the artists not in terms of the things they made but rather in terms of the tools they used and the ways they used them. In this way especially, Romanian chip carver Zina Manesā-Burloiu’s attentiveness to tools captivated me. Manesā-Burloiu, who makes her own carving tools, learned to cut a fine edge in the truck factory where she worked to support herself through school. Her relationship with metal had grown so intimate as to allow her to perceive its characteristics in the play of sparks at her grinding wheel. It’s just the kind of embodied knowledge that is virtually impossible to retrieve from written records. And yet it was precisely what I wanted my students to search for.

What I learned that summer was that, to help my history students think like makers, I had to help them understand themselves as users of tools–whether those tools be knives or books or apps—and to learn to interrogate process in conversation with one another just as we had done around the workbench back at the Center for Art in Wood.

Since then I’ve sought every opportunity to get my students into conversation with tools. When we discuss authenticity and the proliferation of copies, we’ve done it while making woodblock prints and thinking hard about our relationship to the thinning ink. When we talk about manufacturing and risk, we’ve done it while throwing pots and in conversation with clay artists at a local studio. And when we talk about preservation and the archive, we’ve done it by making our own tools, such as those we used one semester to capture what information we’d need were we to build a replica of a wrecked historic boat marked for disposal by Philadelphia’s Independence Seaport Museum. In that case, especially, by building and using our own tools—both analog and digital—we managed to visualize old processes in new ways that made us deeply aware of how profoundly our own embodied knowledge determine which historical records get kept, and which ones don’t.

Teaching historians with tools is fun, but I’ve also come to see it as a subversive. It calls into question another set of tools that, within the university, work against us constantly: our classrooms. University classrooms silently map onto us all manner of ideas about learning that often originate in the ledger sheets of corporate architects, furniture manufacturers, paint vendors, courseware firms, and no end of others for whom education is secondary to profit. When I make tools with my students, we learn together how to reclaim learning for ourselves. It’s an important disruption that is itself another chapter in the story of skill, skilled teaching in this case, being deployed against capitalism.

But there are other disruptions too. Like most universities, mine conceives of history education—unlike art or science or architecture, for instance—as something that happens predominately in a lecture hall or seminar room at a desk in front of a book. Teaching with tools forces us out of those spaces and into conversations with our neighbors whose workshops and studios and museums are the classrooms we might not otherwise know we need. It’s there that we learn how to survive together. And that the tools we need to do it have always been ourselves.

BIO:
Seth C. Bruggeman is Associate Professor of History and Director of the Center for Public History at Temple University. He blogs about objects, memory, and teaching at https://sites.temple.edu/sethbruggeman/.